What to do during a traffic stop in Virginia 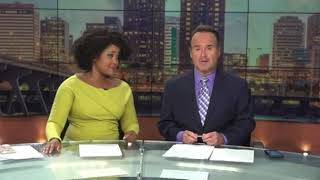 Unintended Consequences - the case for expungement

Often, after a criminal case has been fought and won, a defendant leaves the courtroom thinking the matter resolved, only to find that the "ghost" of that charge and arrest itself still haunts them. Arrests and criminal proceedings in General District and Circuit courts are public record, and very easy to find by anyone, including schools, sports teams and leagues, and employers.

In the case of one former client, a bit of youthful indiscretion led to an arrest, but the case was able to be worked out with the prosecution in such a way as to avoid a conviction. It seemed to our client to all be water under the bridge. Some years later, the young man had just started a good job with a good company in the industry he had been working in for some time. However, once that company received the results of a background check that showed the arrest and the charge (but no conviction), this gentleman was met by security at his desk and given a few minutes to box up his belongings before he was escorted from the property. Setting aside how unreasonable this workplace policy might seem, the entire embarrassment and damage to a promising career could have potentially been avoided through a fairly uncomplicated legal remedy called "expungement".

Destruction of arrest records after a case is dismissed or nolle prossed does not happen automatically, but it is possible. The process requires a petition for expungement, filed in the Circuit court where the case was brought. This is a civil petition where the Commonwealth is the defending party, and is rarely granted without a hearing. This means that the court and the clerk may hear the matter, but are unable to provide legal advice and support in the process.

Expungements are relatively uncomplicated matters for experienced attorneys, so we are often able to offer a competitive rate for the service. Generally, we are able to determine if your case is eligible for expungement with some brief research. If you are able and willing to handle some of the requirements of the petition yourself, such as obtaining court records and fingerprints, we can offer an even more competitive rate.

If you've been arrested and your case was eventually dismissed or nolle prossed, check in with us today to discuss why an expungement would be beneficial to you.